Celano/Badenhorst/Baggiani
Our first CD is out in July 2018 by CleanFeed! 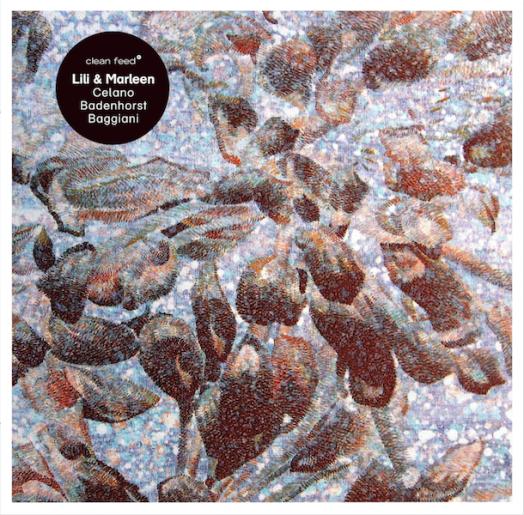 “Jazz full of humor from Amsterdam!
The music was eclectic and postmodern and the result was a quite blatantly applause.
Some compositions come from their own pen, while others are finely crafted from pieces by such diverse authors as Misha Mengelberg or the modern classic György Ligeti.
Conclusion: A fine, in the best sense entertaining concert with musicians, which you will surely hear in the next years at the big European festivals”.
Live concert Reviewed by Nachrichten, Austria, 20 januari 2019.

“This is smart and interesting music. Modern jazz with a very open perspective.
The three artists meet for a wonderful journey through the land of music, touching on a number of musical influences through their compositions, and adding joyous improvisations welcoming other cultures and people and sounds into their idiom. The music is genre-bending, with little tunes and compositions that sound vaguely familiar, as if taken from our common unconscious and reformated into something more modern and exciting.” Stef Gijssels, january 2019 Free jazz Blog (****1/2)

“You hear 3 sound magicians who, to their heart’s content, search for the unexplored areas, looking for the ultimate structures that can give them and the listener the necessary pleasure. Anyone who has already wandered around the labyrinths of these borderline sound manipulators should definitely experience the band live”.Georges Tonla Briquet. December 2018, Let’s talk jazz magazine. Belgium

The sound of the trio is almost like their presence itself, deeply human. Together, they create a unique music world in which we can trip through time amid our own emotions”. Sightsong, Japan, december 2018

“The perpetual challenge of reconciling the embraceable passages with those more abrupt and acerbic is a limitless source of fun and intrigue.”Birth is the worm, Dave Sumner, U.S.A. december 2018.

“The new album, which is released by the Portuguese label Clean Feed, elaborates on previous work, but it all sounds more intense, compact and mature.”  Herman Te Loo, JazzFlits sept 2018, NL.

“An euphonious birthday”
More than ten years ago guitarist Guillermo Celano and percussionist Marcos Baggiani formed C.B.G (or Celano/Baggiani Group) a collective of varying constellations… Time for a party with few of the musicians they have played together in the last years and with whom they have released six CDs: reed players Joachim Badenhorst and Michael Moore, bassist Clemens van der Feen and saxophonist Natalio Sued as a surprise guest…
… with a pleased heart we walked out into the night.”
Ben Taffijn 11.7.16
http://www.draaiomjeoren.com

You can listen to the whole concert at Bimhuis Radio!!

-4 may Big bang (opening Jam Session together with Luca Tondena) 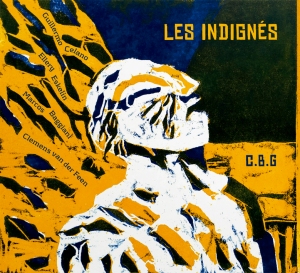 Hereby some recent reviews of the album:

“Les Indignés is so beautifully complex that it could be described in language a sommelier may use. There are moments of wistfulness that sit apart from grooves and occasional free blowing and shredding guitar. Five of the eight compositions are quite lengthy and thus open themselves to the patient development of ideas and alternative directions. Some of the ironies that are baked into the composition titles, play themselves out in the paradoxical paths the music follows. As that sommelier might say, the music breathes with life”.

“A CD that Largely meets all the expectations of a jubilee CD and certainly will be one of the most interesting jazz releases of 2016. The music never loses its heat , impressionistic collective passages are followed by powerful solos”.

“Their blend of diverse styles brims with suspense… The music tells a vivid story without any words. Enjoy!”

“You listen, as it were with the musicians, discovering what is possible in all within this combination of world-class musical personalities”